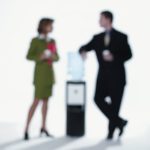 In response to my last post on Are you doing all you can to protect your brain from your mobile phone? my fellow blogger Roy Ackerman sent a comment and link to his related post. In light of Roy’s comment and link, I thought it was a good idea to continue the conversation.

As bloggers we write about topics of interest and many times draw upon various informational resources. My primary resource was a 2008 article from Scientific American. I thought the article was still relevant and my overall intent was to identify some of the different opinions. It was not my intent to infer a conclusive link between cell phone use and brain cancer, but I did offer related “brain health” guidelines. In looking back, I perceive my error was in using the word “protection” in the post title to be misleading.

The dangers that a product may pose in the mind of the general public is can range from unrealistic to cause for concern. When it comes to cell phones and radiation, the issue is complicated by low levels of emission, no significant rise in brain cancer rates, different research approaches and interpretations, and variations in use by consumers in general. As consumers we want to believe that products are safe, and that questions of safety have passed some form of testing, review or on-going monitoring.

Since we are still in the process of determining the health implications of cell phones, I’ve included a number of links that may be of benefit in helping you address your own concerns (these links are for informational purposes only).