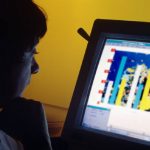 Padmasree Warrior (yes, that is her last name) almost didn’t become the most powerful woman in Silicon Valley. As chief technology officer for Cisco Systems’ she is responsible for generating 2/3’s of its revenue.

But before she actually committed to a career in this field, she was initially intimated by the same thing she still sees with today’s female tech graduates  —  the uncertainty of committing to a 20-30 year career in a male dominated industry, and a need at the first job level for “… women [to] feel like they can be successful and have a career [in tech].”

In a Huffington Post interview for a series on Women in Technology, Padmasree Warrior offers some critical lessons for women to achieve a successful career in the male tech industry.

The first lesson is to leverage your differences. By being female you will be noticed but leverage this with your knowledge and abilities. In addition, Warrior feels that women can contribute with their valued skills of fresh perspectives and a more global outlook.

The second lesson is to leverage the lack of female colleagues and sense of isolation by creating a balance of power. Warrior suggests capitalizing on your strengths and not spending time trying to prove yourself. Rather than falling into the trap of giving your power away, learn the benefits of sharing power and not trying to take credit for everything you do.

The third lesson is not being overwhelmed by the tech attitude for tough, thick-skinned types. Warrior has observed changes in industry attitudes towards different styles in personality and greater authenticity.

The fourth and most significant lesson is not to miss opportunities because it’s not in an area you trained for or know anything about.  “You have to take opportunities and make an opportunity fit for you, rather than the other way around.” And, with each opportunity the key to success, especially in the role as a leader is being able to “… learn quickly and contribute quickly.”

Padmasree Warrior wants you to know there is a place for successful women like you in the tech industry where you can have a career with a commensurate salary.

It may be male dominated, but like other professions once women know that they can make the kind of money they want in their careers, they’ll be flocking to join you.