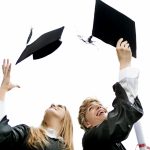 When a college acceptance letter arrives there’s no mention of a female discount. Should you have expected one? No not really because college is an equal opportunity expense for women and men.

When Justice Sandra Day O’Connor graduated Stanford Law School, she was third in her class. However, top law firms in California were only willing to offer her secretarial duties.

That was the day when women had to fight to get their foot in the door. Today, a woman with a college diploma can walk through the door, but her fight now is for pay equality for the same diploma.

Government reports of earnings for women confirm women average only 77 cents to the dollar of a man’s income. Mary An Mason, a professor and co-director of the Center, Economics & Family Security at the University of California, Berkeley, School of Law, sees the president for this gender pay gap being set in colleges before graduation even occurs.

A female student will invest equally as her male counterpart, but faces a biological hurdle should she marry and have children during the same years needed to complete graduate studies and gain academic tenure.

It’s Mason’s point that college intuitions are failing to recognize women students in their family period of their lives, offer no childbirth leave for graduate students nor make other family accommodation.

Before the issue of gender pay inequity can be resolved in the workplace, the issue of the ability to earn gender equality pay needs to be addressed for women while they are still students.