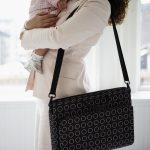 Haven’t we been down this road before? Young women believing they can have it all — a well paying career, marriage and family. During the Feminist era, young women saw themselves becoming empowered with choice. You could have a choice of marriage and a family or marriage, family and a job outside the home.

According to a Pew Research Center survey just released, young women (ages 18-34) see it as less of a choice and more of an expectation. Survey results indicate today’s young women —

Contrast this to current economic conditions where young woman, many of which graduating with college degrees, are having a difficult time. Not only are they delaying marriage and having children, but also finding wages for (18-24) has dropped more than for senior workers.

The bright spot is that these young women are optimistic according to Kim Parker, associate director of the Pew Research Center. 90% believe that in time they will eventually be able to achieve the success they desire.

However, Pew Research also indicates that women do not maintain the same career progress as men. While no reasons were specified, the most common career interrupters are marriage and family.

Rather than younger women with high expectations for a career, marriage and family on equal terms, they could learn something from their grandmothers who discovered how to juggle all three.