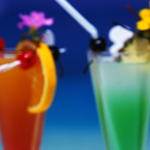 Damage to female brain function occurs three times faster, even though the adverse effects can be equally damaging to both males and females. These surprising results came from a Swedish multidisciplinary study on alcohol dependence.

Researchers from the Department of Psychology and the Sahlgrenska Academy at the University of Gothenburg found that the level of the neurotransmitter serotonin dropped by 50% in four years for females, while the same effect took 12 years to appear in the male brain. As yet there is no understanding for this difference.

Serotonin is a neurotransmitter that affects emotions and impulse control and appears to be more easily damaged  by alcohol dependence in the female brain.

Serotonin levels are normally maintained by a healthy diet, restful sleep and access to sufficient sunshine. While no casual relationship was cited in this research, it may be that those with an alcoholic dependency are also ignoring their health and personal care to the point of further affecting serotonin functioning.

However, once alcohol has been removed from the system, research indicates that certain parts of the brain show recovery in a number of areas. Unfortunately, repair to serotonin functioning has so far not been shown. This is a serious brain gender difference as there is a estimated 5 million alcohol dependent women currently in the United States.

If you know a woman that is possibly alcohol dependent, hopefully this provides some insight and understanding that serotonin levels are affected and causing disruptive emotional behaviors.