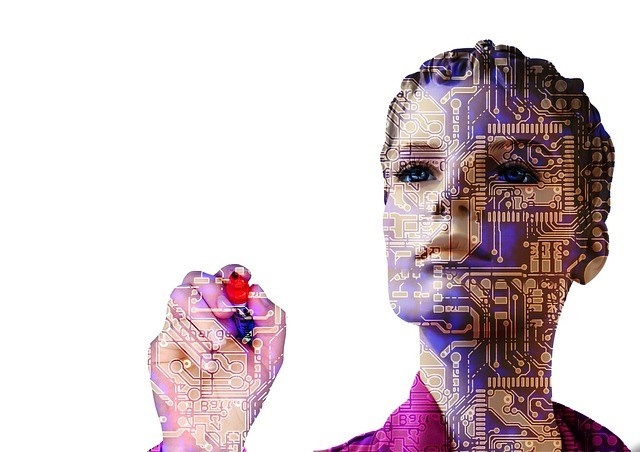 If we want to be tech savvy, we have the brains to do so. Not all of us want to be tech savvy and that’s okay. However, not everyone is comfortable with those who are tech savvy.
Recently, at a conference AI (Artificial Intelligence) and VR (Virtual Reality), leaders were invited to preview Titan X a new GPU (graphics processing unit) being offered by industry leader Nvidia. As part of the introduction, two GPU units were raffled off by their CEO, Jen-Hsun Huang.
The first winner, a young woman from the audience, was greeted by Huang saying “You don’t even know what a GPU is, huh?” The young woman laughed, but there were some groans from the room.”
Of course, there were groans. This was a conference of high-level professionals, male and female, where GPU’s  play a critical role in the development of how graphic and visual imagery is processed in virtual reality programs and in artificial intelligence for facilitating learning programs.
As with every other corporate leader, having made this faux pax, there was a clarification of the not intended meaning. But women within the VR community were quick to take to social media.
The issue is more than another dig at women in a “man’s field.” The comment was coming from a major leader in the future development and programming of both AI and VR.
Further, according to Elizabeth Spriers, who wrote about this in Dumb Widdle Girls in Tech, the paramount insult is …
“That’s not to say that soft condescension and dumb jokes about whether lady brains can handle the complexities of technology X are okay coming from junior engineers, but senior leadership is more visible and more powerful, and by virtue of that, more responsible for how they present themselves and their companies.”
Other issues related to women in the tech world include:

“… a pat on the head for doing exactly the same thing your male counterparts did to achieve exactly the same results. If they were being more direct: It’s impressive that you overcame the intellectually debilitating condition of being female to understand the nuances of deep learning. You’re really smart — for a girl.” (Spiers)

They claim a higher percentage of women employed, but the number of tech women in these companies is not comparable. According to Sarah M. Aoun, in This Is What Tech’s Gender Gap Looks Like, Yelp boasts their workforce is 50% women but only 21% are tech women. Twitter has 21% women but only 10% tech women. Google has 18% tech women and Facebook 16%.

Overall, tech women are leaving the corporate field or not bothering to pursue careers in established companies that appear non-supportive or hostile. Thus creating a smaller pool of tech women to draw from.
The good news is there are other opportunities. Tech women appear to do well in new start-ups with more open minded and equitable policies towards women.
More women investors are funding tech companies owned by women. Currently, women have started 7% of tech companies that have used 33% less capital but have a higher return of 12% in revenues.

As women entrepreneurs, we might not see ourselves as wanting to be tech savvy, but …

The tech world needs more of our input. Erin Griffith, points out two disparities in There’s a Simple Way to Improve Tech’s Gender Imbalance. First is the “early adopter” effect. It means women are the ones most likely to adopt new technology. Second, tech products “… are created, financed, designed, and built primarily by men.”
“Women are more likely than men to build a personal blog, follow a brand or celebrity, or have a social networking profile, according to Nielsen. Women check their phones more often than men and play mobile games more often than men, according to Experian. More teenage girls use Snapchat than male peers of the same age. When today’s young women become adults, they will influence more spending decisions than anyone else in their household.”
In order to keep our businesses relevant, computer technology is just as important and our product or service.
Whether we are a do-it-yourselfer or outsource, we need a certain amount of computer knowledge so that our businesses are technologically up-to-date. Websites need to be mobile compatible. Smartphones, tablets, notebooks, and laptops need to synch with one another. We not only expect video and audio but also live streaming on social media platforms.
Technological advancements will continue in AI and VR or in ways we have not yet anticipated. Having some tech savvy knowledge and skills will become more critical than ever. While it may not be your thing, support and inspire your daughters and granddaughters to be part of a new tech savvy generation.
After all, no one can claim we don’t have the brains for it. And, if they do, remind them of Ada Byron, (circa 1843) daughter of the poet Lord Byron. At the insistence of her mother, she was educated in mathematics and science out of fear she would become a poet like her father.
In 1979, the US Department of Defense acknowledged Ada’s efforts for the first “computer program” of software based on Bernouli numbers.
What’s your level of comfort when it comes to being tech savvy?
You can learn more at https://www.women.cs.cmu.edu/ada/Resources/Women/ about the women who have made major contributions to the advances in computer technology.
Resources:
https://thereisonlyr.com/dumb-widdle-girls-in-tech-c73647238dc4#.yrmqstd7p
http://motherboard.vice.com/read/female-investors-female-startups-crunchbase-data
http://fortune.com/2016/06/01/women-tech-gender-imbalance/
http://www.huffingtonpost.com/sarah-m-aoun/this-is-what-techs-gender_b_8545964.html
http://www.fastcompany.com/3039282/strong-female-lead/the-tech-gender-gap-visualized
https://www.women.cs.cmu.edu/ada/Resources/Ada/
Image: Pixabay 507811
You Can Find Me At -