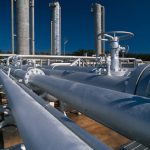 To encourage young girls the motivation mantra has been “You can be anything you want to be.” Young women have taken that to heart and graduated college at higher numbers than ever before, as well as, surpassing men in numbers graduated.

You would expect that in the business world this would translate into more positions being held by women. Yet, some of the reasons given for why few women are not advancing into upper executive and corporate positions are pure fictional myths according to Christine Silva and Nancy Carter.

Both Silva and Cater conducted a long term study comparing the track record of both female and male high-potential MBA graduates. Starting first with top US schools and then expanding to top schools worldwide, the results were the same for the four gender gap myths they studied.

The first myth is based on the Pipeline concept. If equal numbers of male and female MBA graduates enter the “pipeline” at Point A, then an equal number of male/female employees should be turning up in executive and corporate positions at Point B.

It also serves as a double whammy to women, as I’ve written about this before. The costs women incur from their college investment is considerable, and more so, if attending highly rated schools and programs. Coupled with  their cost with the current economy, threatened rise in student loan rates and less long term earning power, women in the pipeline are being shafted (my personal opinion).