Now, that’s a thought that certainly raises comments and concerns. So much so, that 760 comments were recorded on The Atlantic magazine website as on June 22nd for the tantalizing article “The End of Men” by Hanna Rosin. 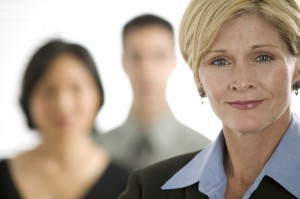 This is a rather lengthy article discussing the social upheaval of role reversal as men have lost their jobs to declining industries exported elsewhere and then further decimated by a global economic downturn.

Women by comparison are fairing much better with many advancing in former male occupations.  However, a higher female presence in the workforce does not always translated to higher salaries and economic security.

Rosin examines the phenomenon of the female majority and the “cultural consequences of role reversal.” The cultural shift is evident as —

Rosin asks a question that has never been able to be posed before.

“What if modern postindustrial society is simply better suited to women?”

Both the industrial and early technological social structures have relied on the logical, linear, analytical skills of general left brain processing.

The cultural shift that is currently taking place is looking to the right brain skills of global thinking, creative problem solving and empathetic views (see Daniel H. Pink’s  A Whole New Mind – Why Right Brainers Will Rule the Future.

What this means for the male left brain processor is not so much that it will be replaced but it can be eclipsed by the right brain processing skills that the female brain is more attuned to.

Therefore, Rosin’s postindustrial society may be better suited to women, but men who adapt by adding their right brain skills to the mix are still players and maybe even better players.