Quite by accident, an email revealed the secret to a I Love Lucy mindset.

It’s a longer post than usual, but hang in there. It’s worth it.

The original black and white televised I Love Lucy show only ran from 1951 until 1957. Fifty-five years later in 2012 it was “voted as the best TV show of all time” in a survey by ABC News and People Magazine. When you think of all of television history, this is remarkable to remain in the minds of so many for so long.

The TV rumor is that I Love Lucy has never been off the air since it ended and is playing somewhere in the world everyday. The zany character and antics of Lucy Ricardo are classic comedy few have been able to imitate.

Many think of Lucille Ball as an early TV comedian. She had impectable comedic timing as you can see from her famous Vetameataveamin performance.

For most of her early film career she was known as the Queen of the B actresses. Her big break as a major actress never happened. 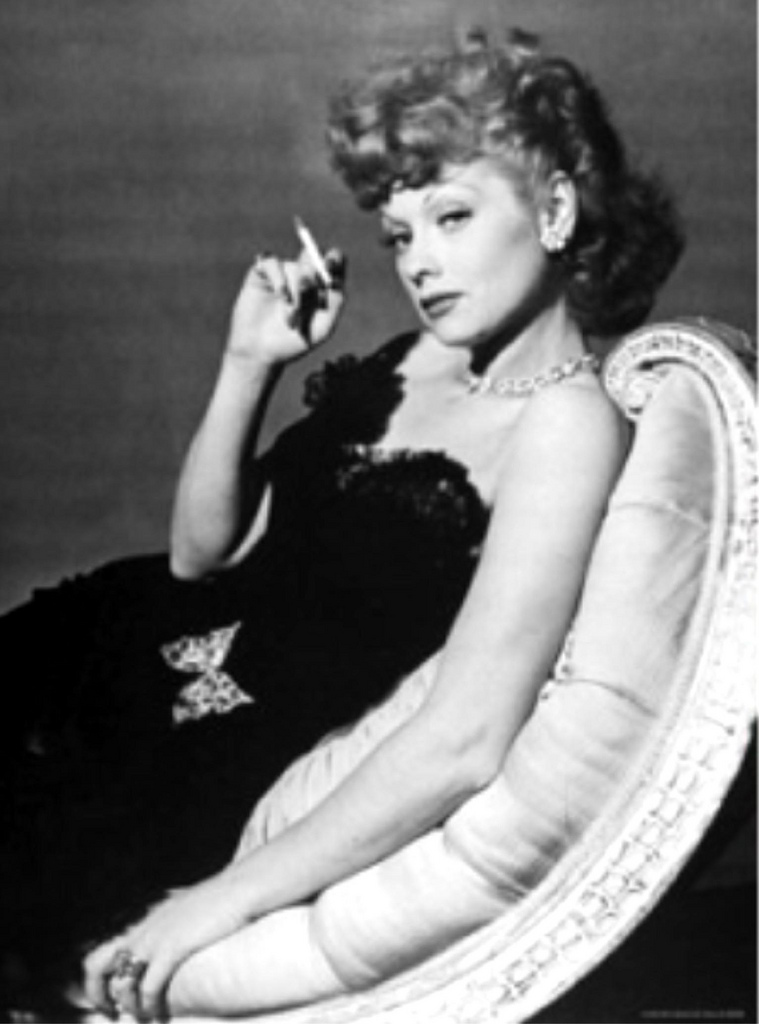 In 1940, she married Cuban band leader Desi Arnaz. Together they formed their own studio know as Desilu, which was something quite unheard of in those days. By 1948, CBS approach her about developing a TV idea from her radio show character as a wacky wife.

Lucy agreed on the condition the husband’s role be played by her real life husband Desi. The studio balked at the idea of Cuban and a redhead and thought the American public wouldn’t buy it. Desi and Lucy then created their own pilot episode under Desilu which was rejected outright by CBS.

I Love Lucy Mindset tip #1: When you believe in yourself and what you do, go for it

Lucy and Desi then took their pilot on the road as a vaudeville act to rave reviews. CBS quickly conceded.

Both Lucy and Desi wanted to remain and film their show in California, but CBS and sponsors didn’t want to pay the extra costs for filming and editing in order to meet early East Coast scheduling. When both agreed to take a pay-cut to cover filming costs on the condition CBS would relinquish the show rights to Desilu studios, CBS readily agreed.

By 1957, CBS realized their strategic error, bought the rights back for a million dollars and Lucy and Desi in turn used it to purchase the old RKO studios for Desilu productions.

I Love Lucy mindset #2: Know your audience and be yourself

In 1953, Lucy was expecting her second child and CBS was in an uproar over having her continue her TV role. After negotiations and input for religious leaders, she was allowed to continue filming, but the word “pregnant” had to be replaced with the word “expecting”.

Lucy’s pregnancy was closely followed by viewers and media, and she and Desi decided to write the event into the series. Media attention became very “hot” and even challenged the coverage of the campaign and election of Dwight D. Eisenhower as president.

The program featuring the TV birth was scheduled for broadcast the same day as Lucy’s own C-section delivery.

In 1960 after Lucy and Desi finished their last episode of the Lucy-Desi Comedy Hour, Lucy filed for divorce.

She was an equal partner had always been actively involved with Desilu. In 1962, Lucy bought out her ex-husbands rights at his request.

Lucille Ball was now the first woman to head and personally control a major television studio. Desilu continued with other TV mega hits of the time including Mission Impossible, The Untouchables and Star Trek. In 1967, Lucy sold Desilu to Paramount Pictures for 17 million dollars.

Lucy would remarry and have a devoted life partner, for 27 years, with Gary Morton. She also continued to perform in various Lucy character spin-off’s into the 1980’s.

Lucy was nominated for 13 Emmy Awards and won four

1990 a “Lucy Tribute” was created at Universal Studios in Florida

2001 honored with a commemorative stamp  by the US Post Office

2001 inducted into the National Women’s Hall of Fame

“Luck? I don’t know anything about luck. I’ve never banked on it and I’m afraid of people who do.

Luck to me is something else: Hard work – and realizing what is opportunity and what isn’t.”