It seems U.S. Senators still has a problem with women.  Last year the House of Representatives passed their version of The Paycheck Fairness Act. 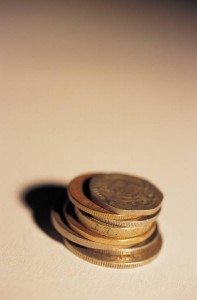 However, on Wednesday, November 17th legislation that would have led to a full vote on The Paycheck Fairness Act was halted by two votes by our U.S. Senators.

The Paycheck Fairness Act was put forth to address the issues of the original Equal Pay Act of 1963.  Yes, in 1963 a law was passed making it illegal to pay women less than men when substantially equal work was performed.

While The Paycheck Fairness Act seems to be a reasonable attempt to address women who are discriminated based on pay for substantially similar work, there are those who strongly disagree.

Then there is the old playbook that women leave their careers to take care of children and elderly family members, they are more likely to work part-time and are more inclined to look for family oriented working environments. The inference being that women who make these choices can not be expected to be treated the same.

Then, there is the problem with the lawyers. They are going to keep everyone tied up in Court and this will further endanger jobs and limit how employers can pay different wages.

So, I guess voting Senators think they know best. Lawyers won’t get litigation happy, businesses can save money, there won’t be a need to collect any data on gender salaries and no one has to figure out how to pay a woman equally for the same work a man does.

The Senate just said — Let’s not rock the boat.

It seems that some brains are just more stubborn to waking up to reality of fairness.

Personally I’m of the opinion that my perceived 77 cent female brain is equally worth the dollar if not more so.  Congress, wake up. Just think how much tax revenue I could generate for you if I was paid what I’m worth!  Oh, I guess no one is thinking about that.