Have you even been on a date or at a party and find yourself honestly laughing at a story or situation? It not only feels good, but it relieves a lot of pent up stress and tension. 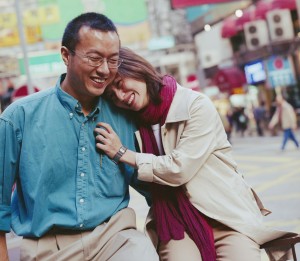 Actually humor is a highly prized commodity. Both women and men rank a good sense of humor as an important trait of attractiveness in each other. However, researchers (yes, there actually are humor researchers) have found some distinct gender difference when it comes to male and female brains using humor.

Here are some other humor gender brain differences that have been discovered.

According to Geoffrey Miller, evolutionary psychologist, University of New Mexico, Albuquerque, the female brain has the advantage.  Because women are the “choosier sex”, they have a preference for funny men. Funny men represent a certain level of mental ability and by applying their humor and wit they can nose out other competitors.

Well, if we are the “choosier sex” what is it that funny men are doing that actually endears them to us?  Feel free to share your experiences in the Comment section below.