Well trained professional women are leaving the IT (information technology) profession despite the fact industry expectations of a 22% increase in jobs in the next ten years. 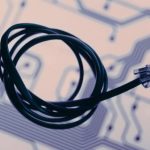 According to Marsha Walton, a former producer of science and tech for CNN, the IT industry is losing the talents of career women in substantial numbers. They are either moving to other business models or leaving the tech field completely.

Some of the reasons identified for women leaving the profession include —

Ashcraft also documents two other critical work environment conditions that can seriously affect the decision of women to continue their IT careers.

While companies have created a flex-time working schedules to accommodate women, the very practice itself in some parts of the industry can have negative consequences.  Women report a “stigma” attached to it and as if they are receiving “special treatment” when they have to deal with family issues.

In an effort to appear as if a company is meeting its diversification goals, women often become a scapegoat. Either they will be promoted before they are ready or being given a “glass cliff” assignment. “Glass cliff” means projects men are avoiding because they have an inherent high risk failure which are then assigned to women.

The failure of company leaders to address these issues or reinforce their diversity policies means that career oriented high caliber female business brains are leaving.

They are taking their IT skills, knowledge and expertise and looking for more meaning in their work elsewhere —  smaller companies, non-profits and their own entrepreneurial businesses.

It will be interesting to watch the impact these highly skilled female business brains will have in their new endeavors.