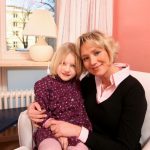 Sometimes a fork in the road appears out of nowhere. When science arrived at the point of replicating conception, providing in vitro fertilization to women having difficulty conceiving and helping couples understand the inheritance factors of genetic diseases, there was a new medical road that could contribute to the health and well being of human kind.

Back in the 1970’s Ronald Ericsson, a biologist found a way to separate the X male chromosome from the female Y chromosome. After licensing his sex selecting procedure to a number of clinics at the time the vocal uproar was loudest from the feminists. It didn’t help that Ericsson was a died-in-the wool real-life cowboy who allowed his ranch to be used for filming of the Marlborough commercials (the famous he-man, rough American male who smoked).

Roberta Steinbacher, a social psychologist and former nun became Ericsson’s greatest critic claiming this would only reinforce society’s “universal preference” for sons and would relegate women to “second-class citizens.” Based on history, Steinbacher, felt that many of them would have been non-existent if sex selection has been previously available.

When Ericsson, now age 74 was interviewed by Hanna Rosin for her article in The Atlantic, “The End of Men,” he had to back-track on the infamous fork in the road he had been part of.

He explained how in the 1990’s he reviewed the clinical reports of the over two dozen clinics that were using his technique. To his surprise he found the sex selection requests (sometimes 2 to 1) were for girls despite being promoted as an effective method for boys.

Rosin reports that sex selection preferences based on polling data is far from robust.  However, doctors testing the new MicroSort technique are reporting a 75% request for girls.

Some of the possible reasons include —

From the man who thought his research would perpetuate the male of the species, Ericsson is singing a different tune these days.  According to Rosin, Ericsson tells the story of returning to his elementary school reunion and joking with the boys about reversing his gender by telling them …

“Women live longer than men.  They do better in this economy. More of ‘em graduate from college. They go into space and do everything men do, and sometimes they do it a whole lot better. I mean, hell, get out of the way these females are going to leave us in the dust.”

It seems that despite Ericsson’s best efforts, the fork in the road proved Steinbacher wrong.

In fact the female brain will do just fine as the male brain moves over and makes room for them.