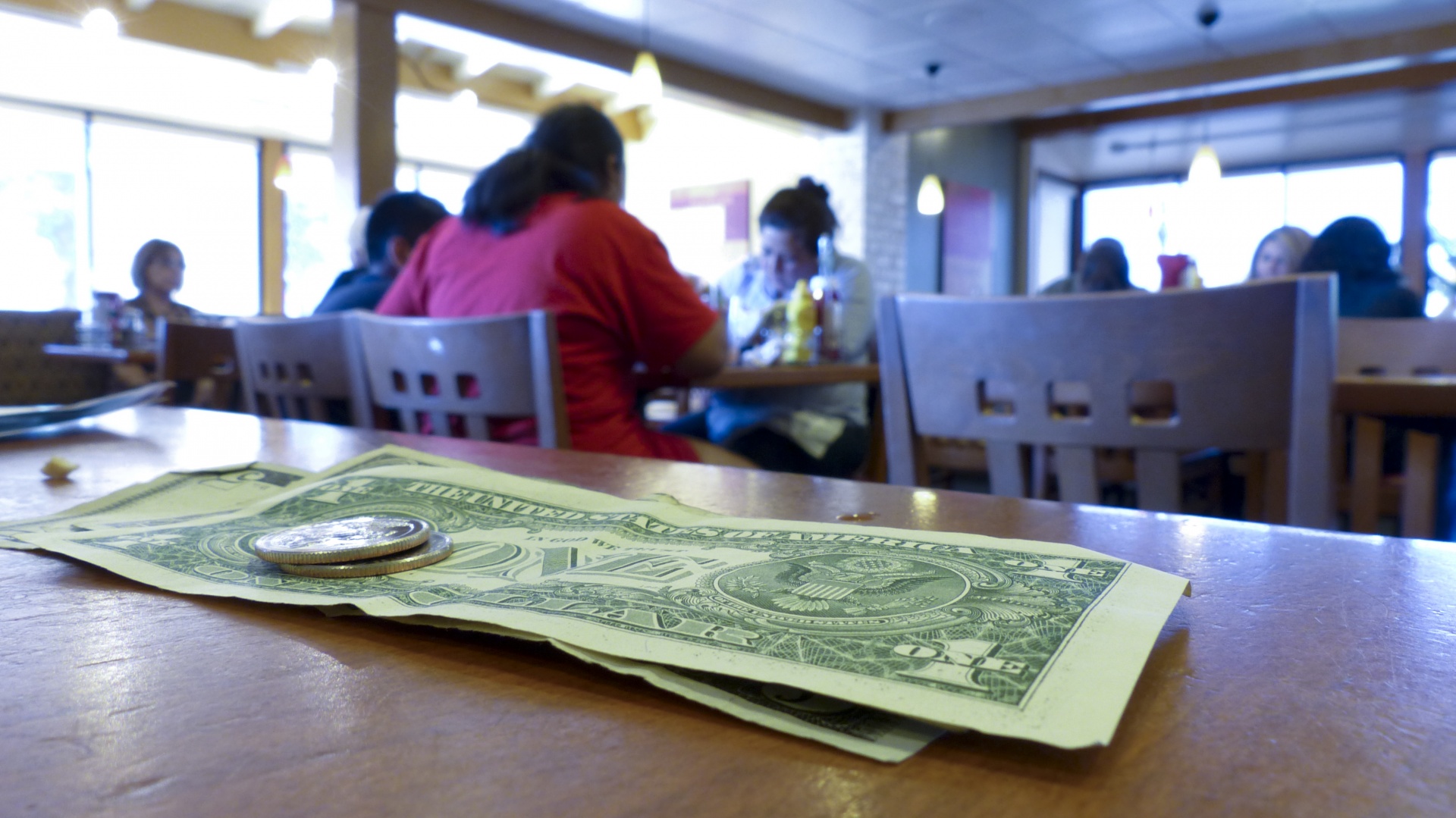 It happened again last night when it came to tipping. The check arrives and the server says, “No hurry when you’re ready” as the bill is placed on the table. I’ve made enough decisions for the day and now I have one more with great consequences. You think the decision is how much do I leave for the tip?  No, it’s now is my tip really going to help the woman I’m leaving it for?

In the past, I never gave much thought to tipping. But, then in thinking back, I realized I’ve been moving through different tipping stages.

The Stages of Tipping

Extra Thank You Stage – I thought tipping was a thank you for extra or attentive service.

Taken Advantage Stage – I become aware of management’s minimal per hourly rate and the expectation that I the customer subsidize their employee’s salary.

The New Reality Stage –  I realize my tip is an added-on cost of my dining experience that may not fully benefit the person I’m tipping.

For a long time, women were my primary waitresses and servers. I always appreciated their service and was happy to tip thinking this was a way to compensate for being on their feet all day, dealing with crazy customers, or those who never left a thank you. It wasn’t until I did some research did I realize …

The Sub-Minimum Wage of Tipping

According to current federal guidelines

Under the previous administration, tips belong to those who earn them.

The Department of Labor is now considering legislation to address income disparity. With the support of the restaurant industry, they are proposing that all tipped workers pool their tips. Pooled tips are then shared with others (back-of-the-house workers and other non-tipped workers) and possibly management as well. This would apply to employees who are being paid the federal minimum wage of $7.25 per hour.

The concerns and fear are that management will be the arbiter as to how much tips are shared if any.

According to Heidi Shierholz, a senior economist at the Economic Policy Institute …

“This would be a big transfer of money from workers to employers, …”

“The restaurant industry has wanted this forever. They want to be able to capture tips.”

The counter-argument is that by pooling tips, all employees benefit who contribute to a customer’s dining experience. Management who would deprive workers of their tips would face the loss of workers and legal consequences.

Let’s think about that for a moment.

First, the loss of workers. The restaurant industry will always find workers because people who need an income generating source will be there, even if it’s a supplemental income to another job. Also, like any other businesses where the market is competitive, a business will pay more to attract the workers it needs.

Second, facing legal consequences. There have been a few cases of workers bringing tip-related lawsuits against management. However, most tip workers are not unionized or have the means or access to legally engage in a protracted court action. For management, it would be tempting to control worker income and use tips to offset the higher hourly wages.

As states raise minimum wages to compensate, the industry is also looking for additional ways to save. There might just be a robotic waitress or smartphone app in your future.

Next time you’re paying your check, know that your tip may be about to be shared beyond your waitress or server. And, for the women who rely on tips, they lose again.