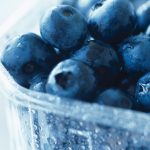 Have you ever been accused of having a “senior moment?  Those few times, when you can’t remember something that was just there a moment ago or something that’s just on the tip of your tongue, may or may not be an indicator of your mental decline.

More likely, your brain is merely overwhelmed with lots of information to process and pull from your memory files in this 24/7 world of ours. But, there does come a point when the signs of aging may be creeping in.

One of the contributing factors to declining memory and mental processing appears to come more free radicals floating around in your brain than you care to imagine. Free radicals are actually the natural end product of cells converting oxygen to energy and act to carry away toxin build up from the cells. However, when free radical production gets out of hand, they become the enemy by causing tissue damage or destroying cells.

Out-of control free radicals cause a condition known as “oxidative stress” which is related to declining memory and the aging conditions of dementia and Alzheimer’s.

One of the natural ways to combat this oxidative stress comes from the antioxidant actions of fruits and vegetables. Blueberries contain the most potent antioxidants and research studies with rats have shown it to neutralize free radicals, prevent oxidative stress and even reverse it. There are also a few studies showing memory and cognitive skill improvement with elderly patients being fed blueberries.

Blueberries contain flavonoids, which act both as an antioxidant and an anti-inflammatory. As an antioxidant, they can protect again further destruction neural network affecting memory loss and mental dysfunction and restore younger quality-like functioning.

As an anti-inflammatory bluebedrries are unique. According to Thomas Kuhn, Ph.D. of the University of Alaska, Fairbanks, inflammation conditions are found in dementia, Alzherimer’s, Parkinson’s, ALS, multiple sclerosis, stroke and trauma, and also in depression, autism and aging. Dr. Kuhn notes that Alaskan wild bog berries significantly interfer with the inflammatory process of the brain and spinal cord.

You can find more detailed information on the cognitive value of walnuts and blueberries at http://www.sciencedaily.com/releases/2008/03/080319120318.htm