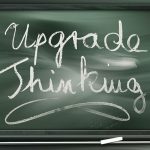 Are you into brain games to improve your mental clarity and memory? Perhaps you want to be better at problem solving, or more insightful, creative, and intelligent. Or, you hope this will stave off any mental decline that may come with age. The only problem is that research is far from showing that this is worth your time and investment.

There’s something about our brains wanting to buy into promises of improvement. We’re so committed that the 2015 industry projection is that we will spend $3 billion to improve our brains with these game training exercises. Yet, scientific research indicates we get very little for our money.

Here’s what you need to know about brain games

Brain training advertising plays on the concerns that you need better brain performance to be competitive. It promotes the idea that children with learning challenges, as well as, those not as challenged can benefit. Adults will benefit in their jobs and careers and older adults will benefit from a longer and better quality of mental functioning.

Research seems to be impressive with lots of studies and games being designed by neuroscientists. However as early as 2008, the Max Plank Institute for Human Development (Berlin) raised concern over game performance translating into improving everyday cognitive skills.

In 2014, they joined Standford Center on Longevity (Palo Alto) where 73 leading brain scientists issued A Consensus on the Brain Training Industry from the Scientific Community that critiqued the brain training industry’s exaggerations and misleading claims.

In response, 127 neuroscientists issued a rebuttal. Scientists to Stanford: Research Shows Brain Exercises Can Work agreed with the problem of industry claims but supported functional improvement in areas tested. However, the author, Deanne Alban who wrote Does Brain Training Work? Neuroscientists Speak Out found that many of the support studies showed improvement for those with specific brain problems.

There is research to indicate that people with specific brain problems such as seniors with (MCI) Mild Cognitive Impairment and those with schizophrenia have shown mental progress in using brain training programs.

Alban also notes a study of 74 healthy older adults by the US National Institute on Aging — The Advanced Cognitive Training for Independent and Vital Elderly (ACTIVE) study. A five-year follow-up showed retained improvement in memory, reasoning, and processing speed. But, a 10-year follow-up showed that memory was the same as the original control group and there was a slight decline in reasoning and processing speed.

Other early research that supported the benefits of brain training have not stood up to more rigorous examinations of larger study groups and multiple methods for measuring improvement.

The general conclusion is that improvements are in the ability to play a game through repeated exposure and practice. Claims of improving overall intelligence, problem-solving, memory is transitory and any benefits for deferring cognitive decline is suspect.

According to “… David Z Hambrick, associate professor of psychology at Michigan State University. … said brain-training games are “designed to tap into this ability to control attention. Their idea is that if we can improve the ability to control attention then we can, by extension, improve people’s intelligence… [but] if you find that people get better in one test of reasoning, it doesn’t necessarily mean that they’re smart; it means they’re better on one test of reasoning.”

Sorry to give you the bad news that training with brain games isn’t going to give you a better brain. But, you can look at brain games as entertainment. It’s a fun way to engage in different kinds of mental stimulation. It’s also a way to compete against yourself and improve your mental skills in playing each of the different brain games.

Scientists already know the key is keeping your brain healthy and functioning better by starting with the basic three’s: good nutrition, good sleep, and physical exercise to stimulate blood flow to the brain. Then add to that mental stimulation in the form of new learning experiences.

What we do know is that the brain is not born with a limited number of brain cells that die off over time. Rather the brain is quite plastic in forming new cells and new neural connections when stimulated. That’s why there is greater brain value in:

If you want to continue with letting your brain play brain games know that your time spent will improve your game skills but nothing long term. And maybe in the not too distant future, we’ll see better results. But in the meantime, training with brain games will not increase your intelligence, give you a long lasting better memory or forestall the onset of any cognitive decline.

What are you doing to improve your brain?