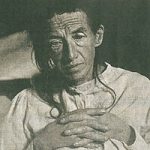 Before it was Alzheimer’s disease, it was a woman.

By 1901, a husband who could no longer care for his wife brought her to the Institution for the Mentally Ill and for Epileptics in Frankfurt, Germany. Even though her behavior was very disturbing, she was not insane. Auguste’s symptoms of dementia had started in her early 40’s and were contrary to the senile dementia that was only associated with the elderly.

She was examined by the German psychiatrist Alois Ahzeimer who was intrigued by her behavior as she gave confusing responses to questions. He observed her disorientation to time and place, a ranges of moodiness, aggressiveness and declining short term memory, yet she retained an awareness of loss and helplessness.

The rediscovery of Alzheimer’s notes in 1996 by Dr. Konrad Maurer and his colleagues, Drs. Volk and Gerbaldo gives a glimpse of her mental state.

At the request of Alzheimer her brain and medical records were transferred to him in Munich where he was researching neuropathology. With recent advances in cell staining for greater clarity and distortion-free microscopic viewing, Alzheimer was able to determine what had befallen Auguste Deter.

There were the crusty brown clumps of plaque that were lodged between neurons and interfering with the network of communication. There were “a tangled bundle of fibrils” so dense and so tangled that they strangled nerve cells.

By 1911, doctors and researchers were using Alzheimer’s name to describe the condition that came from the observations of Auguste Deter’s behavior and brain cells.