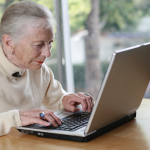 While there are a number of recommendations for keeping the mind and body healthy over a lifetime, there are some specific activities that appear to reduce the amount of the protein marker, beta-amyloid, commonly found in the Alzheimer’s brain.

Susan M. Landau, PhD and her research team from the University of California, Berkeley recently conducted a study of the relationship between cognitive and physical activity and the amount of beta-amyloid.

In their published results in the journal Archives of Neurology, it appears that the 65 healthy adults average age 76 who had maintained an active and mentally simulating activities over the years had a similar deposit amount of beta-amyloid when compared to the sample of 11 younger adults, average age 25. However, the sample of 10 adults average age 75, who had not maintain a mentally active lifestyle had amount of beta-amyloid consistent with Alzheimer’s.

Landau and her team did not find a relationship between current mental activity and amyloid protein deposits, nor could they rule out other lifestyle factors that may have been a factor.

However, the general consensus is by continuing to engage in mentally stimulating activities such as games, puzzles, reading, writing, learning a second language and computer interactions over a lifetime, they may delay a significant accumulation of the Alzheimer’s amyloid protein in the brain.

It was originally thought that at birth we had all the brain cells we would ever need and that as we age these brain cells died, never to be replaced. We now know that brain is a very flexible system with new brain cell growth occurring all the time, as well as, neural networks rewiring damaged cell areas.

The key appears to be always actively stimulating the brain with new mental challenges.

If you think you are a little lax in stimulating your brain, start now and your brain cells will thank you later.