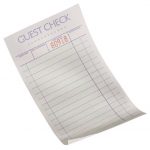 In my early naïve stage, I thought tipping was a thank you for extra or attentive service. After all weren’t they employees like the rest of us with salaries.

In my taken advantage of stage, I learned that many in management offered low paying salaries, with the expectation that I the customer would subsidize the employee’s salary.

Now, in my I can’t believe you do this stage, comes the realization of how much my tips really meant to all the women who serve me.

In the article Tipped Workers Hope for Sub-Minimum Wage for online WeNews, senior correspondent Sharon Johnson explains how the mostly female service providers rely on tips and how they have been deprived of decent earnings.

Federal legislation created the “tip credit” of sub-minimum wage which was originally set at 50% of minimum wage. Frozen since 1991, it’s current value is only 29.4% or $2.15 per hour.

Amy Hanauer, executive director of the non-profit group Policy Matters Ohio credits an unexpected backlash to this policy from the “Occupy” movement which has exposed the failure of wages to meet basic needs of the vulnerable.

Rather than waiting for the Federal government to act, many states are responding by either eliminating the sub-minimum wage or increasing the set amount. As more of the labor force enters low paying jobs, state legislators see this as stimulating the local economy and keeping tipped workers from sliding deeper into poverty.

Next time your paying your check, know that your tip is very likely needed, especially by a woman in these tough economic times.