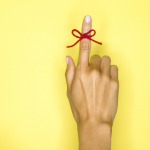 You now have scientific evidence to confirm if you suddenly feel a little brain foggy. Not only are you aware of it but researchers have determined that it’s normal. According to Miriam Weber, Ph.D., neuropsychologist at the University of Rochester Medical Center, there are some cognitive brain changes as women are transitioning into menopause.

The real surprise is that complaints about “poor memory” are not significantly related to the kind of memory used to retrieve information.

Rather, cognitive testing shows these women, ages 40 to 60, having problems with what is known as “working memory” – where memory allows for mental manipulations without the aid of electronics. Think of having to calculate sales tax or figured out the final price of an item discounted at 22%. In addition, testing also shows a decline in their ability to maintain and focus their attention on tasks that are challenging.

Another interesting result is they also were more likely to report “…symptoms related to depression, anxiety, hot flashes, and sleep difficulties. However, blood testing indicates that hormonal levels are not a factor for problems with memory.

Even though this is a relatively new field of study, researchers are beginning to validate women who are reporting problems with memory. They are also coming to understand that menopause transition is not as a rapid change but lasting longer and being “more complicated than people have realized.”

At the present the only suggestions being offered to women are to develop some memory skills to reinforce focus and attention. And, research is not yet able to tell us whether this is an on-going or just temporary blip in the memory system. In the meantime, if you feel yourself entering into the brain fog, just blame it on a pre-senior moment.